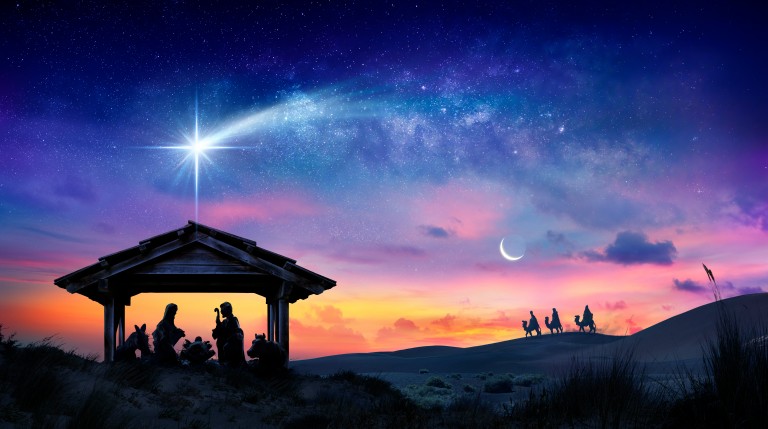 In the time of King Herod, after Jesus was born in Bethlehem of Judea, wise men born in the East came to Jerusalem, asking,” Where is the child who has been born king of the Jews? For we observed the star at its rising and have home to pay him homage they set out; and there, ahead of them, went the star that they had seen at its rising, until it stopped over the place where the child was. When they saw that the star had stopped, they were overwhelmed with joy. On entering the house, they say the child with Mary his mother; and they knelt down and paid him homage. Then opening their treasure chests, they offered him gifts of gold, frankincense, and myrrh. "And having been warned in a dream not to return to Herod, they left for their own country by another road.”

What Child is This

What child is this who, laid to rest, on Mary’s lap is sleeping? Whom angels greet with anthems sweet, while shepherds watch are keeping?

This, this is Christ the King, who shepherds guard and angels sing; hast, haste to being him laud, the bade, the son of Mary. So, bring him incense, gold, and myrrh, come peasant, king, to own him; the King of Kings salvation brings, let loving hearts enthrone him.

This, this is Christ the King, how shepherds guard and angels sing; haste, haste to bring him laud, the babe, the son of Mary.

Jesus, receiver of the wise men and their gift, help us to follow the light in the midst of our dark world. Fix our eyes and hearts on your light, that we might be bearers of that light to all those who walk in the dark.  AMEN